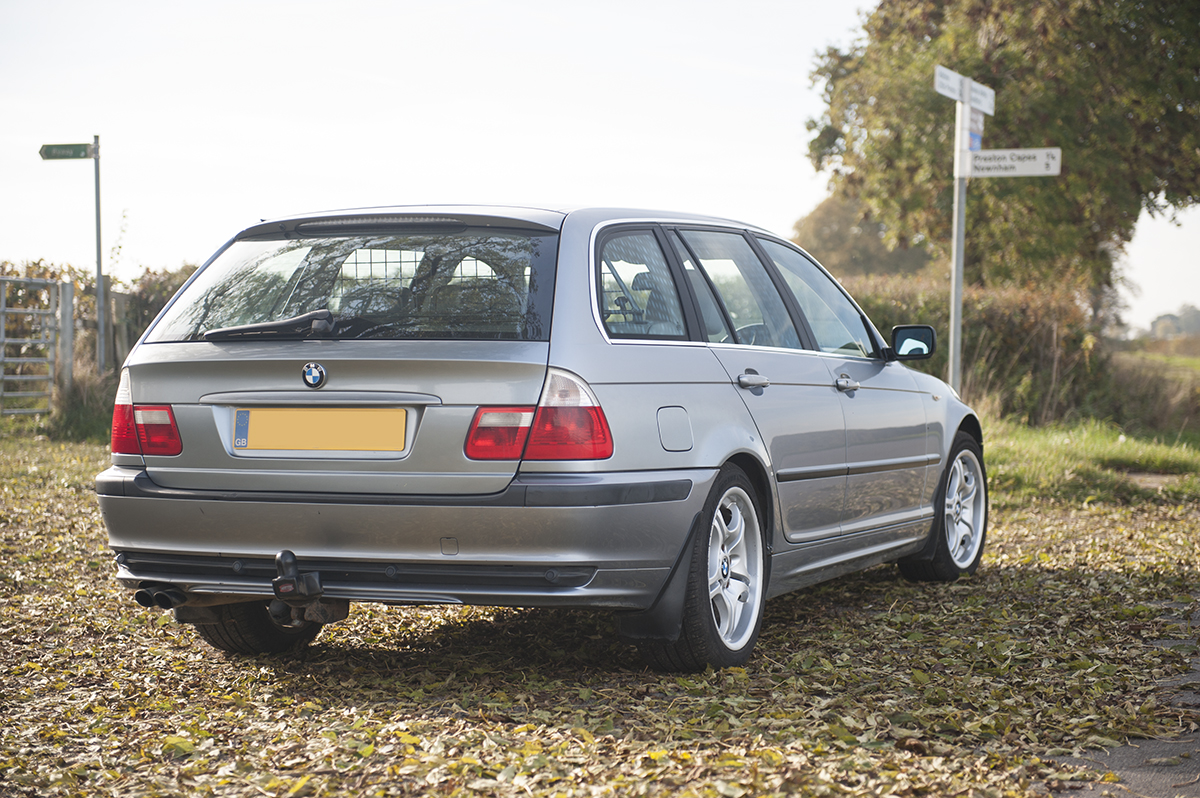 We’ve carried out several rust repairs/bodywork restorations and accident damage repairs to BMW 3-series models including 330i petrol and diesel cars and of course the BMW E46 M3 Coupe, which is quite popular with our customer base.

This nice 2003 BMW 3-series Touring was a recent visitor to the Racing Restorations workshop. We carried out an almost complete bodywork overhaul; also replacing the bonnet, front bumper and both front wings, which had suffered with the usual problem of rust on the edges of the front arches.

Rust on E46 front wings is caused when the plastic arch liners fret or rub on the inside of the wheel arch lip, removing the very thin rust protection in this area and causing the metalwork to start rusting within a few years. We have a number of treatments for this but they must be applied to good front wings if they are to be truly effective. We fitted genuine BMW panels to the car and sorted the problem, so it won’t happen again.

Tourings are a versatile model and the 320 E46 is unusual in that it has the 2.2-litre straight six, rather than the truly awful 2-litre 4 cylinder engine with variable valve timing, which is a terrible design. This small capacity six is often overlooked in favour of the bigger 3-litre sixes but in fact it is a great engine when paired with the manual transmission, as in this car.